Happy 50th Birthday To You Jeopardy!

Jeopardy has now celebrated 50 years of being on air. The quiz show created by Merv Griffin aired  March 30, 1964 on NBC.   The initial version of the game show aired on daytime TV  and lasted until January 3, 1975 before transitioning to the current night time show. Amazingly, the show has had only two hosts: 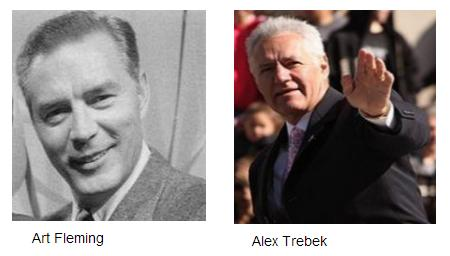 The show has won numerous awards including 30 Daytime Emmy Awards. The show has also been granted trademark status as “America’s Favorite Quiz Show”. So the New Face of 50 salutes Jeopardy! on 50 years of quizzes.