This year we celebrate the 50th anniversary of the movie Rudolph The Red Nose Reindeer. It first aired December 6th, 1964 on NBC  and has now become one of the classic movies millions of people long to watch during the Christmas and Holiday season. When thinking about the movie, I am reminded of so many life lessons that are taught through the movie.  It is a movie that can be used today to teach our children and grandchildren about rejection,  fear, love, courage, faith, and hope. 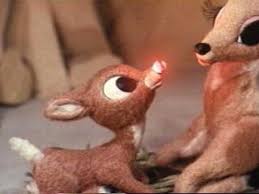 Rejection of the gift.

The story begins with the rejection of the gift that was given to Rudolph at birth, the glowing red nose. Santa rejected the gift and warned Rudolph’s  parents that he would not be able to pull the sleigh with that distracting nose.  Rudolph was rejected not only by Santa, but also his father and other reindeers.  Rudolph’s father Dasher attempted to hide the gift, out of fear of his son being labeled as a misfit and not being accepted by others. His father was also embarrassed that he had a son with this unusual gift.

The journey of discovery.

Through a series of events and continued rejection, Rudolph decides to run away from his home. As he goes on his journey of discovery, he meets and makes friends with others who are dealing with similar circumstances but they have hopes and dreams of a new life.  He meets an elf named Hermey who is often ridiculed by his manager because he has dreams of becoming a dentist rather than a toy maker.   He also meets Yukon Cornelius, who dreams of discovering silver and gold.  They  journey to the Island of Misfit Toys which has all these unwanted toys that dream about being owned by needed children. While Rudolph is on this journey of discovery he grows in understanding and becomes a leader to his friends. He promises to help the unwanted toys by telling Santa about the island.

He learns about sacrifice and love.  As a act of love for his friends, Rudolph decides to leave his friends to protect them, because his glowing nose was drawing attention from the Abominable Snow Monster and endangering them.  They had escaped once from the monster and Rudolph did not want his friends to encounter him again. Rudolph sets off on another journey and eventually returns home only to discover that his parents and his love interest Clarice left to search for him and have been captured by the Snow Monster who plans to eat them.

He then sets off on a mission to save his parents and Clarice from the monster.  Rudolph searches and eventually finds his family. He fights with the monster and is knocked unconscious and captured. However, his friends Hermey and Yukon Cornelius come to the rescue, defeat the monster and save Rudolph and his family. 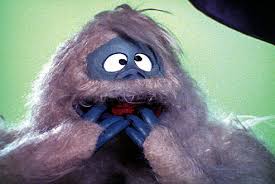 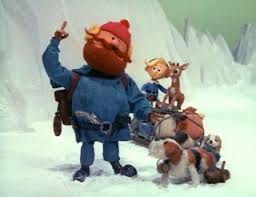 Assuming Yukon died when he chased the monster over the cliff, a very sadden Rudolph, his parents, Clarice, and Hermey return home. Those who had mistreated Rudolph apologize for their actions.  Rudolph keeps his promise and tells Santa about the Island of Misfit Toys and Santa promises to find them a home. After Hermey used his dentistry skills to remove the teeth of the Snow Monster he is allowed to open his own dentist office. Yukon who was thought to have died when he went over the cliff is alive, has tamed the monster and discovered gold. Rudolph who had been rejected because of his glowing nose is asked to use his gift so that the world can see Santa coming through the snow blizzard as he delivers Christmas toys to all the boys and girls.  Rudolph leads Santa to the Island of Misfit Toys and the once unwanted toys are now given homes.

When I was a child, I used to feel so sad when I watched the movie, but now that I am older I understand that it is a story about life. We should not be afraid to use our gifts even if people don’t understand them.  When we allow our gifts to shine, it gives others around us permission to let their gifts shine and in doing so, we can change the world around us.

What did the story of Rudolph teach you about life? 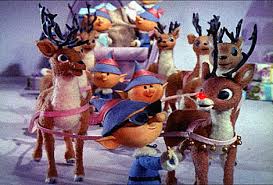